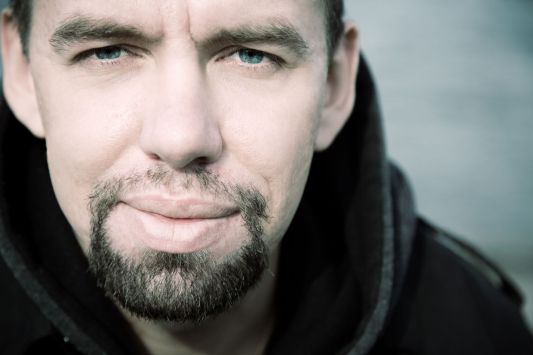 The heart and mind of a guy is sometimes a little harder to access than a woman’s more global-thinking brain. This isn’t some sort of flaw that God accidentally let slip through his “quality control”. Instead, guys are built to provide, protect and lead their families, and the ones they love. That sometimes requires man-minded linear focus and directness to live out the purpose God designed him to live. That is the part that lets him lead through God’s order for the family and other relationships.

With all of the positives God has built into being a man, there is a downside to being a guy with a guy’s mind. Sometimes he tends to be a bit of a poser. A poser means, by some definitions, that he is someone who pretends to be someone he’s not. Like a manikin, some men try to look like the real deal, but can’t quite pull it off. And let’s be honest; no one actually believes a manikin is the real thing. But the guy tries anyway, not always because he is just a faker or likes to do things to impress others, but often, it is because he just doesn’t know what real looks like. Real seems to be pretty hard to find these days, and that’s the challenge for the poser. If he looks for “norms” by the definition of society, he can be quite confused by what he sees.

The better source for understanding how a man is to live, love and care for others… what actually has lasting effect on those around him, is to look at God’s word.

Every day they continued to meet together in the temple courts. They broke bread in their homes and ate together with glad and sincere hearts, praising God and enjoying the favor of all the people. And the Lord added to their number daily those who were being saved. Acts 2:46-47 NIV

The thing that stands out about this 1st century small group model is that they were together really often, sharing life together with sincere hearts. A sincere heart in the original language means, without guile or deceitfulness in speech or conduct. It is really hard to live the life of a poser, while in close proximity to others. One tends to learn a lot about someone.

Sometimes, men act like they are loners, which can intensify the poser part of life. But they are actually designed by God, to be transparent with those they are nearest to, like a small group of men.  At the risk of sounding like Captain Obvious, men are not women, who are much more affiliative than their male counterpart. Men are often less likely to have as many close friends, than a woman might. He generally finds it harder to trust and truly hates disloyalty. He wants the genuine, honest, trust that says “I’ve got your back”.  When he sees that, he will reach for it and recognize it as being that missing component that he both needs, and wants to give to others. When that role– the real, follows God’s design, a man can find support with other godly men, in small groups, where he and they can be transparent and authentic… they learn to live like the men they are actually designed to be… not posers but real men in Christ. No guy is going to live up to this real-ness perfectly. But who wants to settle for trusting a poser or for that matter, being one, when the real is God’s design for him?